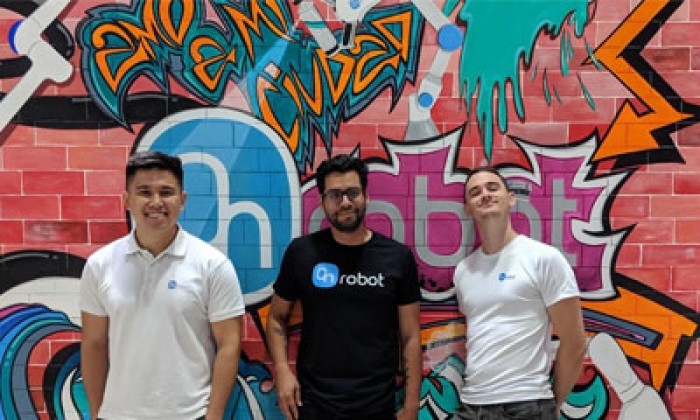 LOS ANGELES, CA — JULY 30, 2019 — OnRobot, a global leader in end-of-arm tooling for collaborative robot applications, has opened its first location specifically dedicated to research and development (R&D) in the United States. Based in Culver City in Los Angeles, California, the new office area boasts 6,000 square feet for engineers, researchers and local staff to work and develop new products. Last year marked OnRobot’s first foray into the LA area, as it acquired Perception Robotics. With this acquisition, OnRobot brought the award winning Gecko Gripper technology into its product offerings and developed it for commercial launch. The tactile Gecko Gripper uses millions of micro-scaled fibrillar stalks that adhere to a surface the same way that lizards climb. Originally created to help NASA salvage and repair satellites, the Gecko Gripper’s unique ability to pick up porous and delicate objects has already gained significant traction with OnRobot’s industrial automation customers.

With limited square footage in the original Perception Robotics space, there wasn’t enough room for OnRobot to focus on its two important tasks: production and assembly, and continuing its R&D efforts to spawn new ideas for future product development. “As OnRobot continues its aggressive expansion throughout North America, moving to a larger location in Culver City offers multiple benefits,” said Enrico Krog Iversen, CEO of OnRobot. “It has space for our current staff of 17, with plenty of room for the research team to use multiple types of collaborative robot arms in our quest to develop new tools for these. It’s also directly across the street from a multi-million dollar entertainment industry hub that is currently being built, called Ivy Station. The new building will be home to HBO, Apple, and Amazon, bringing to Culver City a more qualified pool of candidates for us to choose from when we look at increasing our staff next year. We’re excited to be here and are looking forward to all the great things we’re going to accomplish in this region.”

The new location is conveniently located for staff and visitors trying to reach the office in the notorious LA traffic. Located next to the Culver City light rail stop, tucked between Santa Monica and downtown Los Angeles near the 405 and 10 freeway intersection, the new OnRobot office is also close to the LAX Airport.

The collaborative robot market is now the fastest growing segment of industrial automation, expected to jump ten-fold to 34% of all industrial robot sales by 2025 according to the International Federation of Robotics. Collaborative robots, or simply “cobots”, are robots that unlike traditional industrial robots do not need to be bolted down in safety cages but can work safely alongside humans on ever-changing tasks. With the U.S. facing record low unemployment rates, companies are now turning to cobots to help them automate tedious, repetitive tasks that they can no longer staff. OnRobot plays a pivotal role in this growth by providing cobots with end-of-arm-tooling such as grippers, tool changers, and force/torque sensors, that are used with cobots and light industrial robots from a variety of robot manufacturers. OnRobot works with all major cobot brands at the new Culver City office, with plans to add more as the California location grows.

Established in 2015, OnRobot merged with Perception Robotics and OptoForce in 2018, followed by a recent acquisition of Purple Robotics. Now, the OnRobot product range features a wide assortment of robot equipment, including: electric grippers, force/torque sensors, gecko grippers, and tool changers. This new combination of offerings from OnRobot makes it quicker and simpler to automate tasks such as packaging, quality control, materials handling, machine operation, assembly, and welding. The company plans to grow through further acquisitions in the coming years. Headquartered in Odense, Denmark, OnRobot also has offices in Germany, China, Malaysia, and Hungary. For more information, visit www.onrobot.com.