Competitive advantage due to sense of touch 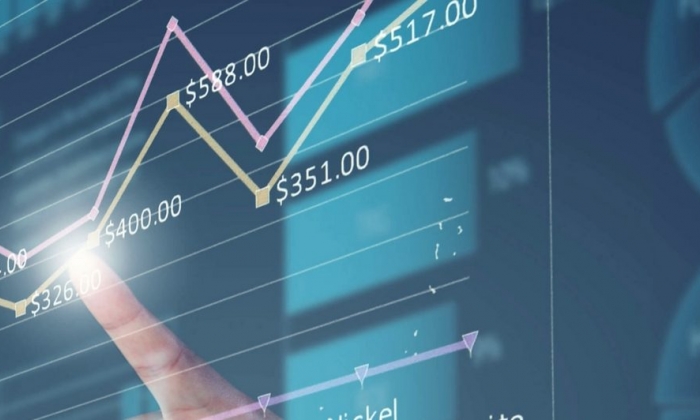 The use of haptic sensors for industrial robots immediately offers several essential competitive advantages. Thanks to the extended potential for automation, they ensure increased efficiency in production and also improve performance in processes that are already automated. The provider OptoForce also offers a comprehensive software package with preprogrammed standard industrial applications – this immensely shortens and simplifies integration time and allows users to profit quickly.

For a manufacturing company, six-axis force/torque sensors therefore offer an opportunity to remain competitive on the global scale while also making lot sizes of even 1 cost-effective.

In a global world, production companies are no longer simply in local competition. The pressure to find the optimum price/performance ratio is correspondingly rising. In Germany, an entirely different trend is making this increasingly difficult:

Large companies move simple production steps to countries with lower labor costs, but according to a recent study by the Institute for Labor Market and Career Research (IAB), small and midsized companies are attempting with increasing frequently to keep their technical workforce for longer with flexible pensions.

But neither model can be a truly long-term solution for the German economy, which actually wants to move towards the future with vision and strategy.

Automation of precision tasks – an opportunity for midsized companies

The actually rather advanced level of automation of simple work steps that already exists in Germany today is a step in the right direction. It opens up an opportunity in the world market for midsized companies and offers commercial groups an attractive alternative to moving production facilities to low-cost countries. For precision tasks, however, the sensitive touch of the human hand has long been essential.

Problematic when that is exactly what’s in short supply.

At the same time, production environments, on the way to lot sizes of 1, are becoming increasingly less standardized and requires more adaptable and more intelligent robotic systems.

Force/torque sensors close this gap, because they give industrial robots a sense of touch. Robotic arms equipped with haptic sensors are capable of perceiving the slightest resistance. That means that robots are no longer limited to movement between preprogrammed points, but can adapt to their environment in real time instead.

Efficient economics at lot sizes of 1 thanks to adaptable technology

An example: If a packaging application required standardized products of exactly the same size to be placed into an equally standardized carton then it is enough to preprogram the corresponding positions and movements into the robot, which then carries out the exact same sequence again and again. This changes drastically when the task is no longer to package standardized products but rather those of customized sizes – which is increasingly the case.

This cannot be done with preprogrammed positions.

The precision force measurement of OptoForce sensors, however, perceives even the slightest of resistance in each work step, thus permitting the precise adaptation of robot movements in real time – making industrial robots ready for lot size 1.

For companies, this is one way to react to increasing demands without significant added costs.

Sensors make it possible to use industrial robots for work steps for which the sensitivity of human hands has always been essential, helping companies to increase their efficiency and productivity even in these areas – a central factor in future readiness for both global and local competition.

Six-axis force/torque sensors, however, don’t simply contribute to expanding automation possibilities, but also help to improve performance in processes that are already automated. A robotic arm navigating rigidly between predetermined waypoints is incapable of detecting and reacting appropriately to any irregularities in the workpiece or in the surface to be processed. It always performs the same movement, no matter what.

The result can be manufacturing errors which persist throughout the rest of the value creation chain – until the end customer complains about the product. In the worst case, there could even be production downtime, a disproportionately costly situation for any company and one that should be avoided at any cost.

These scenarios can be nipped in the bud using OptoForce HEX-E and HEX-H haptic sensors, preventing costly complaint loops.

As with any other manufacturing technology, one factor that is always of central importance in the introduction of a robotic system is integration time. In addition to price and the increased efficiency achieved, this is a deciding factor in ROI (return on investment) and therefore for the business success the company can obtain using the technology.

The more adaptable and flexible a robotic system is, the more easily it can be integrated and the faster it can be refinanced and thereafter earn profits. Moreover, the sense of touch obtained using six-axis force/torque sensors represents a significant gain in adaptability for robotic systems – which means that more production lines can be automated in the same time. The price of the sensors is usually not an issue in comparison with the benefits obtained.

The force/torque sensors from OptoForce also come with a preinstalled software package. It contains a variety of standard industrial applications oriented towards the requirements of the market. Examples are finished applications like:

This extensive software package significantly reduces the time that end users and system integrators need to spend on programming a robotic system.

The applications are ready to operate within just 15 minutes. Extensive programming knowledge is unnecessary and the amortization time is further reduced.