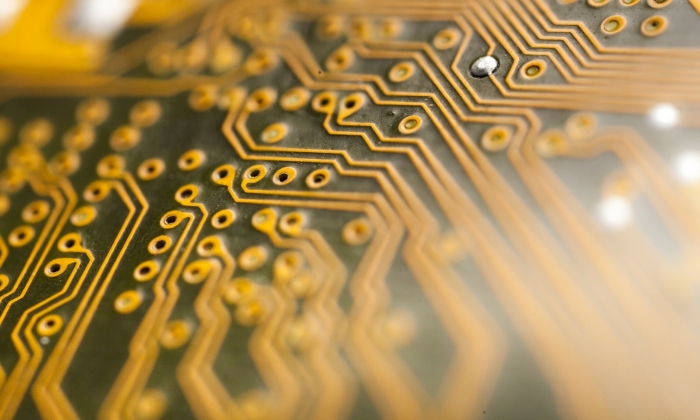 Ever since radio and television became an integral part of everyday life, perhaps even earlier, the assembly of circuit boards has been one of the standard electronic production processes. Parts of this process have been automated right from the start, but complex assembly actions, especially the handling of sensitive materials, have been carried out by the human hand. In other words, the producers of highly sensitive electronics, such as those used to make smart phones, remain dependent on the sensitivity of human hands.

One example is the countless online tutorials on YouTube showing end users how to install a DDR4 RAM module on the motherboard of their computer. Close attention is required to find the ideal point for installation, then the module must be moved slightly side to side before it finally can be pressed home so that a gentle “click” can be heard and felt. This process may be easy for the human hand, but for a standard industrial robot, this assembly process and its requirement for a sensitive touch have always presented huge problems. Unlike human beings, until now, they have never been able to apply a gentle sensing pressure!

Yet now, thanks to the Hungarian sensor specialists at OptoForce, industrial robots can be provided with the required sense of touch in just a few minutes and without costly, time-consuming programming. Among the many preprogrammed solutions which end-users can simply configure is the fully automatic assembly of circuit boards, such as the installation of DDR4 memory modules.

To do this, the robot is shown the path once by hand, so that it can optimally mimic the assembly action of a human hand. The second part of this process is where the provision of the robot arm, with a sense of touch, is essential, as it then mounts the module precisely on the board using the required force, and senses when the RAM module latches into place. Conversely, using the same sensitivity, it can then open the sensitive clip holding the RAM and remove the module from the circuit board.

Even in a structured production environment, this represents a highly exciting new automation possibility. Thanks to the tactile sensor, this process can also be automated in unstructured production situations. This is because with your help, robots can even “find” objects in different locations and correct the saved path as necessary.

An advantage for the electronics industry

Whether boards are single or double-sided, or whether they are produced as single cards, small series runs or using THT, mixed or SMD assembly, robots with a sense of touch automatically adapt to their production environment and the individual requirements of the user. In the global price/performance battle, tactile sensors offer companies lucrative new options for increasing their production output while at the same time maintaining stable quality and reducing production costs.

Thanks to the preprogrammed software package, the costs for such an automation solution are affordable even for small companies, because for the first time, an expert-implemented, time-intensive and costly installation process is no longer necessary. The robots, for example from Universal Robots or KUKA, are ready for use within minutes and can enter service immediately. Even during the first year, total savings for companies can reach 100,000 euros.