How Collaborative Automation is Addressing the Massive Worldwide Labor Gap 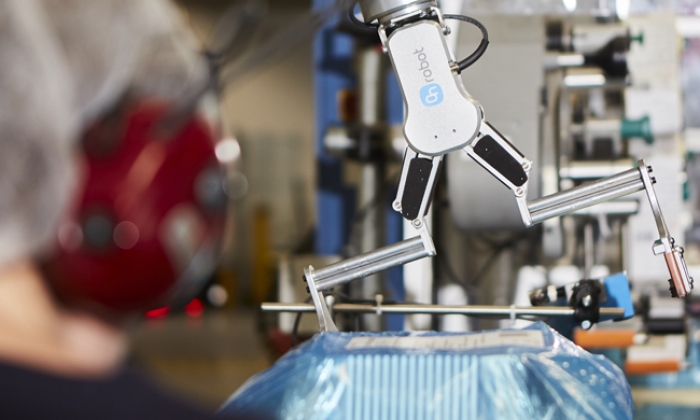 When the National Association of Manufacturers (NAM) issued its Outlook Survey last year, they confirmed that finding skilled workers remains one of the top challenges for manufacturing executives today. In the same year, the Society of Manufacturing Engineers (SME) reported that 89 percent of manufacturers were having difficulty finding skilled workers. The situation isn’t expected to improve anytime soon. According to the most recent skills gap study from Deloitte and the Manufacturing Institute—NAM’s social-impact arm—more than half of the 4.6 million manufacturing jobs created worldwide over the next decade will go unfulfilled.

These open positions have real-world consequences. Asked how they were addressing the skills shortage, executives’ responses ranged from assigning more overtime (70.3 percent), relying more on temporary staffing services (57.7 percent), and encouraging retirees to stay longer in their roles (30.7 percent)—all strategies that adversely impact businesses’ bottom lines. On top of this, an additional 28.8 percent of execs reported they had to turn away new business or had lost revenue opportunities because of workforce constraints.

In response to the labor shortage, manufacturers are turning to automation to maintain production levels, but for many, the ability to implement traditional automation is slowed by the technology skills gap. According to the Manufacturing Institute, only 20 percent of manufacturing jobs are considered “unskilled,” or requiring little or no training, with the remaining jobs requiring two or more years of training. 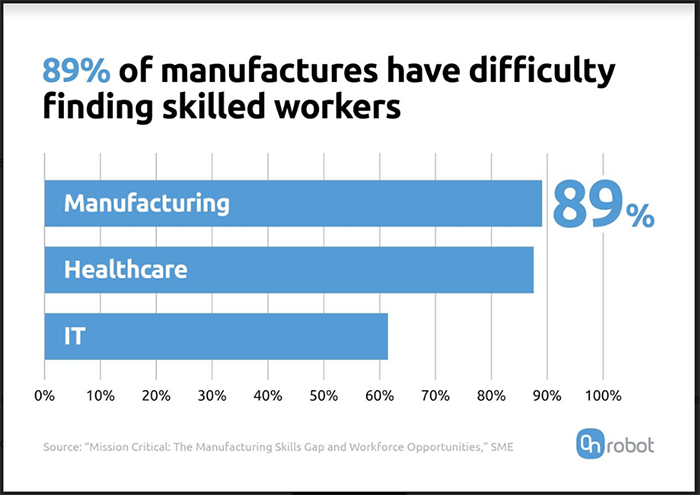 While early robots were used to improve productivity on a mass scale, the technology was expensive both to purchase and install, requiring safety systems that tied up large areas of the factory floor, specialized tooling and software, and engineering staff to program the system and keep it operating.

Collaborative automation offers many of the same benefits as traditional robotics: taking over dirty, dangerous, and repetitive tasks that human workers don’t want to do; improving product quality and reducing scrap; and augmenting productivity and yield. But collaborative automation also offers manufacturers many new benefits that traditional robotics cannot.

Due to their built-in safety systems, light weight, and small footprint, cobots can work right next to human workers once a risk assessment has been performed, and most do not require safety cages or disruptive redesigns of the plant floor. Cobot arms are available with a range of payload and reach to meet the needs of many different applications, such as machine tending, pick-and-place, assembly, and packaging. Innovation in collaborative end-of-arm tooling (EoAT) such as grippers and other peripheral devices extends the value of the robot arm, allowing manufacturers to accomplish specific tasks tailored to their particular needs. These new tools are user-friendly, safe, and easy to implement and program even without any robotics experience. Workers can program a cobot simply by moving the arm and gripper through the desired motions and using the cobot’s integrated touchscreen interface to “teach” it. EoAT such as quick changers allow workers to swap out grippers within minutes to change the cobot’s task, and a unified interface allows the grippers to be used throughout the manufacturing floor, on a range of robot brands and production lines. This also greatly reduces the time, effort, and cost associated with re-tasking a cobot for temporary jobs or burst production during busy seasons.