When automation needs a sensitive touch 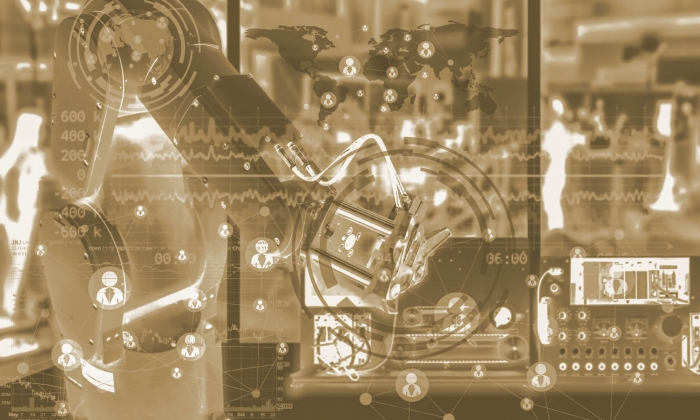 Haptic force/torque sensors offer companies the opportunity to increase their production efficiency in many areas of application to a significant degree. They open up brand-new potential for automation, especially in the refinement of delicate surfaces, packaging, precision assembly, and quality control.

The success story of industrial robots started in Germany in the 70’s, when the automobile industry started to use them on a large scale to automate standard processes. Today, decades later, robots are often more compact than back then, and no longer need a protective cage. They work side by side with people every day, and are absolutely essential for production companies.

Whether metal processing or the plastic industry, whether a large company or a three-man shop, monotonous routine tasks can be automated nearly everywhere, while employees focus on more demanding steps.

However, many industrial work steps require a fine sense of touch and are still a particular challenge for automation. To harness this potential, robot arms must come closer to the capabilities of the human hand.

Making that possible is OptoForce’s goal. This Hungarian company’s HEX-E and HEX-H haptic sensors give robot arms a fine sense of touch, allowing them to adapt their movements independently at any time, based on force and torque measurements. This opens new applications for industrial automation, in which lightweight robots have only played a minor role until now – for example

But why is a sense of touch even required to automate this kind of process? Why can’t a conventional robot arm always suffice to automate work steps? The reasons are actually quite diverse, depending on the application.

If this process is not carried out sensitively, damage to the material and therefore expensive manufacturing errors are inevitable.

Robot arms have long lacked the sensitive touch needed for this type of process – which is why they are often still done manually. Six-axis force/torque sensors, such as those from OptoForce, represent a future-ready solution to your automation.

Another application for six-axis force/torque sensors is pick-and-place applications. In these tasks, it is not always the case that the workpieces are equally suitable or even that they need to be moved between fixed positions.

Irregular workpieces and unstructured environments are continually an issue, sometimes simply due to the increasing level of individualization in production.

The advantages of automation are however no longer something inaccessible. Thanks to technological progress, industrial robots can be made capable today of automating even precision assembly processes with the highest precision and sensitivity.

The electronics industry in particular can benefit massively in this area from the use of advanced force/torque sensors.

Quality control, another typical area of application for OptoForce force/torque sensors, is relevant to every industry in a sense.

For companies, this means that the quality control factor is becoming massively more important.

Manufacturing errors that make it to the end customer can no longer be tolerated. They must be identified beforehand. Processes in quality control that involve the measurement of forces can be automated cost-effectively using haptic sensors – the testing of plug connections, for example.

The HEX-E and HEX-H sensors from OptoForce have a particularly valuable property, both for integrators and for end users: they come with an extensive software package preprogrammed with a variety of standard industrial applications – such as polishing, palletizing, stacking, inserting connectors or pins, and many more. For the surface processing, pick-and-place, assembly, and quality control applications mentioned above, this intuitively designed software can allow commissioning in less than 15 minutes.

Companies of any size can therefore benefit from a short integration time and thus rapid amortization – and can automate new areas without it taking a great deal of time or effort.