2nd place at the IERA Award for OnRobots RG2-FT gripper 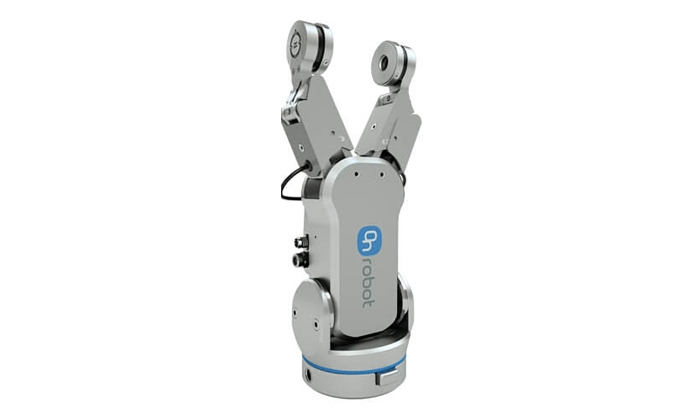 Odense, 10. December 2020 – OnRobot wins second place in the Innovations and Entrepreneurship in Robotics and Automation (IERA) Award. During the 52nd International Symposium on Robotics (ISR), the intelligent gripper RG2-FT was awarded second place in the coveted innovation prize.  With this award, the industry associations IEEE Robotics and Automation Society (IEEE/RAS) and International Federation of Robotics (IFR) honour outstanding developments in the automation industry. The RG2-FT impressed the jury with integrated sensors in its fingertips that enable it to perform high-precision tasks. OnRobot sees the award as affirmation on its way to becoming a one-stop shop for collaborative applications.

"We are very proud of the award," says Enrico Krog Iversen, CEO of OnRobot. "Collaborative robots as such will increasingly become standard industrial equipment in modern manufacturing in the coming years. Innovation and added value will then be brought by the applications as a whole through the interaction of the robot arm, software, end effectors, sensor technology and application area. The award reflects this trend."

The IEEE/RAS and the IFR have been giving out the award since 2005 to companies that distinguish themselves through groundbreaking achievements in the field of automation technology. This year, the presentation of the nominated products as well as the award ceremony took place virtually during the 52nd International Symposium on Robotics ISR. The two-day conference offered participants from industry and research an insight into the latest state-of-the-art robot technologies.

A gripper for tasks with a low tolerance range

The excellent RG2-FT is a unique version of OnRobot's RG series with integrated force-torque sensors and a proximity sensor in the fingertips. The gripper also has integrated software so that it can think for itself and control the robotic arm in real time. With these prerequisites, the RG2-FT handles objects of different sizes and shapes and determines their position precisely, even if exact parameters cannot be programmed in advance. As a result, the gripper provides a level of assistance that is already very close to that of a human. The RG2-FT's accurate probing improves production quality by reducing the error rate in sensitive placement operations. It also opens up a new field of automated application scenarios that were previously unfeasible.

The gripper is suitable for applications where low tolerances are essential. This includes, for example, inserting pins into an engine block or handling fragile materials. That is why the Schott AG relies on an application with OnRobots RG2-FT to automate the testing of glass samples.

Intelligent sensor technology: pioneering work for the future of automation

With its easy-to-use, flexible applications, OnRobot has set itself the goal of making collaborative automation accessible to companies of all sizes. Intelligent sensor technology has played a major role in this from the very beginning. In this way, the company is constantly opening up new areas of application for robotics.

OnRobot is based in Odense, Denmark, and manufactures hardware and software technologies for solutions used in collaborative robots called cobots. OnRobot develops grippers, sensors and other cobot equipment that enables the use of the technology in various application areas such as packaging, quality control, material handling, machine maintenance, assembly and welding. In addition to its headquarters in Denmark, OnRobot now has sales offices in Germany, China, USA, Spain, Malaysia and Hungary and employs more than 175 people.