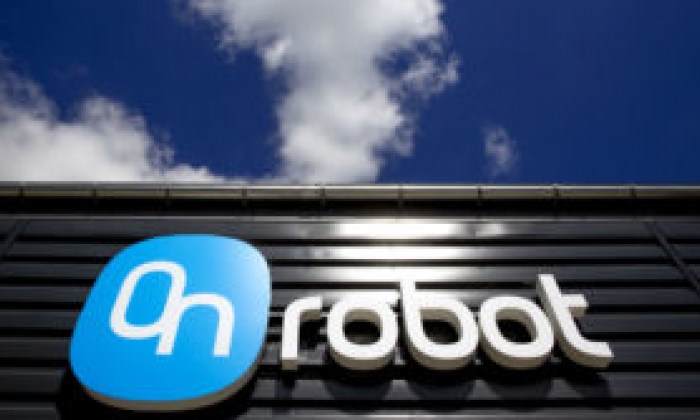 Within just one year, the new company Purple Robotics has developed an innovative vacuum gripper, the world’s first specifically for cobots. Purple Robotics has now been acquired by OnRobot, one of the truly significant robot industry endeavours. The acquisition takes place a mere two months after the OnRobot merger of three robotics companies from the USA, Hungary, and Denmark to create one global player with a strong focus on the market for industrial robot accessories.

Now, OnRobot in Odense, Denmark, adds another trail-blazing technology to the product mix. With the acquisition of the company Purple Robotics, OnRobot can now offer its partners the world’s first dual vacuum gripper. The gripper attracted international robot industry attention when presented by the inventors at Automatica, the world’s largest robotics fair, in Munich in June this year.

Purple Robotics was established by the three Danish ”super-nerds” Lasse Kieffer, Henrik Tillitz Hansen, and Peter Nadolny Madsen, all of whom have a background as product developers at the company behind the world’s first cobot, Universal Robots. And this is the valuable expertise which OnRobot is now fusing with its existing R&D department at their headquarters in Odense. Lasse Kieffer, Purple Robotics CEO, looks forward to joining the OnRobot organisation together with his colleagues.

”It has been really good fun to create a brand new robotics company and to disrupt the market for vacuum grippers with our invention. It makes a lot of sense and creates significant synergy to join forces with OnRobot who have already created a strong, global sales organisation. This means that we can focus 100% on developing the world’s coolest robotics products. Together, we can go far,” says Lasse Kieffer.

Since entering the market, Purple Robotics has experienced a veritable onslaught from partners worldwide wishing to be able to offer the product to their customers. Already three months after launching the product, 40 partners in 25 countries have concluded partnership agreements with Purple Robotics for the patented innovation.

The Purple Robotics dual vacuum gripper can, so to speak, give a robot arm two “hands” and thereby the ability to handle several items simultaneously and solving multiple tasks in one movement. Additionally, it has an electric pump integrated in the gripper itself, meaning that users need not worry about hoses, compressed air, and cables as with conventional vacuum gripper solutions.

The vacuum gripper meets a clear need in the global industry for efficient and flexible robot solutions which are simple and quick to commission. It takes less than 30 minutes to install the Purple Robotics gripper on a robot and start it up. The vacuum gripper is able to gently and efficiently handle items of many different dimensions, weights, materials, and shapes. The lifting capacity is 10 kilograms and the robot gripper is designed for use on a wide range of light-weight robots from all robot manufacturers.

“It must be easily conceivable to automate even small production batches. Otherwise, robot technology is not a good investment. This is why we hand pick the best and most user-friendly robot products and integrate them in OnRobot. We are extremely pleased to now be able to offer our robot partners and integrators the vacuum gripper, just as we look forward to being able to add the top class Purple Robotics robot developers to our development department,” says Enrico Krog Iversen, CEO at OnRobot.

The acquisition of Purple Robotics means that the Vacuum Gripper will be presented in the USA to robot equipment buyers at the IMTS fair in Chicago during 10-15 September. After the spring merger of the three robotics companies OnRobot, Perception Robotics, and OptoForce, the OnRobot product range now features a wide assortment of robot equipment, including electric grippers, force-moment sensors, gecko grippers, and tactile sensors.

”We are now one step closer to our vision of offering ”one-stop-shopping” for buyers of robot accessories. Purple Robotics will definitely not be our last acquisition. We have our eye on a number of other, interesting companies around the world,” says Enrico Krog Iversen.

OnRobot is located in Odense and offers technologies – hardware as well as software – used for solutions involving collaborating robots, cobots. OnRobot develops grippers, sensors, and other cobot equipment which makes the use of technology easier in areas such as packaging, quality control, materials handling, machine maintenance, assembly, and welding. In addition to the head office in Denmark, OnRobot now also has sales offices in Germany, China, USA, Spain, Malaysia, and Hungary, and now has more than 100 employees.