The Costs of Unplanned Downtime 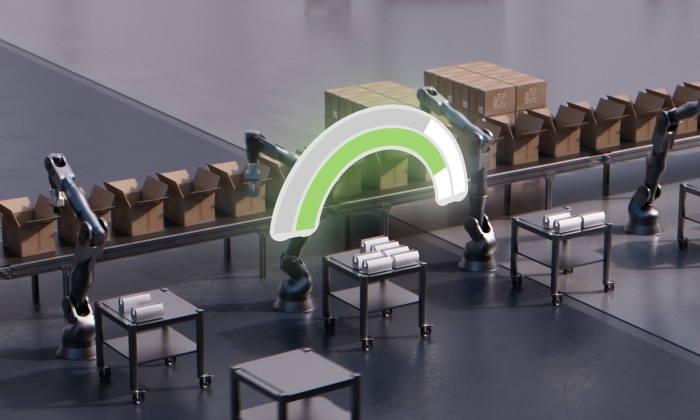 Among all the things that can possibly go wrong in a manufacturing facility, unplanned downtime is one of the worst. It’s also one of the most damaging to your company’s productivity and profitability.

Despite knowing that downtime is costly, an estimated 80% of manufacturing companies don’t know how to calculate emergency downtime costs effectively. According to a 2018 paper, the operational costs of an industrial robot can be as much as 40% of the total cost of ownership (TCO), with downtime accounting for between 6.6% and 27.5 % of operational costs.

Calculating the average costs of downtime across all companies is almost impossible because a wide variety of local factors influence the cost of downtime, including energy and labor costs, part production demand, and the costs associated with getting engineers/technicians out to your manufacturing facility.

With so much cost variation from region to region, any figure purporting to show the average cost of downtime across verticals is either extremely localized in geography and time or is so generalized as to be of little value.

The good news is that there are software tools specially designed to measure how your automation application is performing that can be used to avoid downtime altogether.

Before we get to that, let’s quickly look at the spectrum of potentially calamitous tangible and intangible costs created by unplanned downtime.

If your machines aren’t running, your products are not getting made. This lost productivity means lost profits. At the same time, your other production costs haven’t gone away – they’re continuing to pile up throughout any unplanned downtime period.

If your machines aren’t running, any workers associated with it are also likely to be unable to work, despite being on the clock. This is bad for morale and bad for your bottom line.

If your products are not finished in time, your customers will notice. If the business disruption is significant and is perceived as being due to poor planning and decision making on your company’s part, the reputational damage to your brand could be severe, leading to loss of trust, customer churn and other issues.

If you can’t handle the problem that’s causing machine downtime inhouse, you’ll have to call in expert engineers and technicians, often at great expense. This is on top of any hardware that may need to be replaced.

The best way to prevent unplanned application downtime is to keep a record of your robot cell’s performance over time, using well-established metrics like Overall Equipment Effectiveness (OEE). OEE measures the percentage of manufacturing time that is truly productive – a score of 100% indicates that your robot is producing only good parts, as fast as possible, and with no downtime.

OEE is a useful metric, but calculating it can be extremely time-consuming, especially when performed manually. This has driven the development of remote monitoring and device diagnostics software like WebLytics, which can identify trends in real-time in the robot cell, including patterns, peaks, and disturbances in application productivity. This enables you to identify problems that negatively impact productivity, empowering continuous process improvements and higher productivity.

To find out more about how OnRobot’s WebLytics software can help you reduce downtime, talk to one of our experts here!